The March previews for romance should have everyone reaching for their headphones. I can personally recommend the Kristen Proby series read by Sebastian York as addictive contemporary. And I *love* the Maya Banks paramilitary KGI series, especially with Tad Branson narrating. 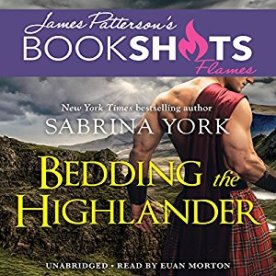 IF NOT FOR YOU
Debbie Macomber, read by Khristine Hvam
Random House Audio/Books on Tape 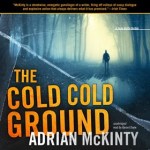 Series are a big part of crime fiction, and devotees wait with baited breath for a new installment to come out each year or so, allowing them to visit with old friends as the series characters encounter new exploits and adventures. For me, one of those series is Adrian McKinty’s Sean Duffy series. And because of Gerard Doyle’s long-running and exemplary job narrating, audio is the only way to experience this series for me.

McKinty has created a dynamic, complex character in Duffy–a man with a huge capacity for compassion and loyalty, caught up in a world of dark crimes and mercilessness. Duffy’s outer shell is hard and opaque, but those close to him recognize his positive attributes. Doyle understands all this and manages to perform Duffy so that his audience can appreciate the protective characteristics but still see beyond them as well.

Doyle also grasps Duffy’s wry humor, the gallows banter that makes his life bearable. McKinty has created this characteristic wit authentically in Duffy, and Doyle delivers it with the perfect dry tone of a copper who’s seen too much death and destruction in his years. That laugh-out-loud humor gets Duffy through his days, and it provides levity for the listener as well. But it isn’t exclusively limited to Duffy’s wit. McKinty can make the presence of a goat in the crime scene bring tears to the eyes of the audience. 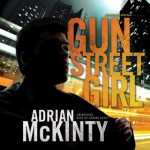 Sean Duffy is the hero of McKinty’s series, but Doyle treats the supporting cast as royally as the series’ namesake. Duffy’s young protege, Lawson, is ambitious, smart, and still a bit naïve, while his partner, McCrabban a.k.a. “Crabby,” elicits a more sage persona that comes with years on the job. 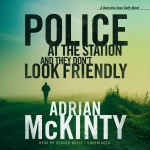 If, like me, you’re a series devotee, be sure to pick up the sixth and newest installment in the Sean Duffy series, POLICE AT THE STATION AND THEY DON’T LOOK FRIENDLY. But if you’re a crime fan who hasn’t discovered this series on audio, you can pick up any of the titles. They function together as a series, but they can easily be followed as individual listens if you have trouble getting them in order. Sean Duffy is an addiction worth having.

The series in publication order includes:

Do you have a series you’re addicted to on audio?

Only the mockingbird sings at the edge of the woods.

AudioFile goes Behind the Mic to talk with narrator Nicole Poole. She filmed her comment in her hometown library . . . shhhh . . . adding a bit of eerie mystery to telling us about Walter Tevis’s post-apocalyptic world in MOCKINGBIRD.

Get the latest news and curated recommendations each week in AudioFile’s FREE newsletters. Sign up here.