Heroes star Sendhil Ramamurthy is making a large investment in Adi Tantimedh’s debut, HER NIGHTLY EMBRACE. Not only has he given voice to the character in this engaging and entertaining audiobook, he’s also provided the face of Tantimedh’s quirky private investigator, Ravi Chandra Singh, on the audiobook’s cover, AND he’s slated to play Ravi in the television adaptation. While the TV project is still in the adaptation stages, check out the Earphones Award-winning narration. 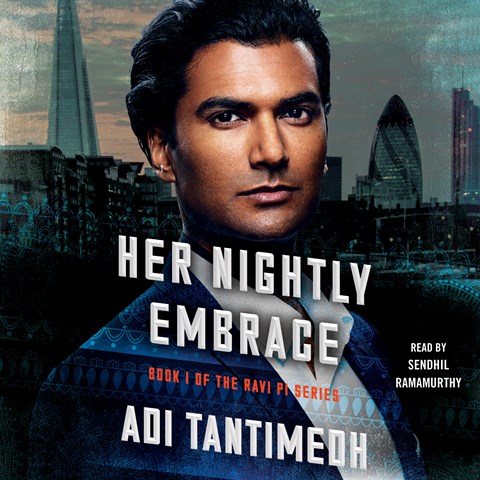 Read AudioFile’s full review and listen to a sound clip here.
Browse all of our newest mystery reviews to find your next great listen!